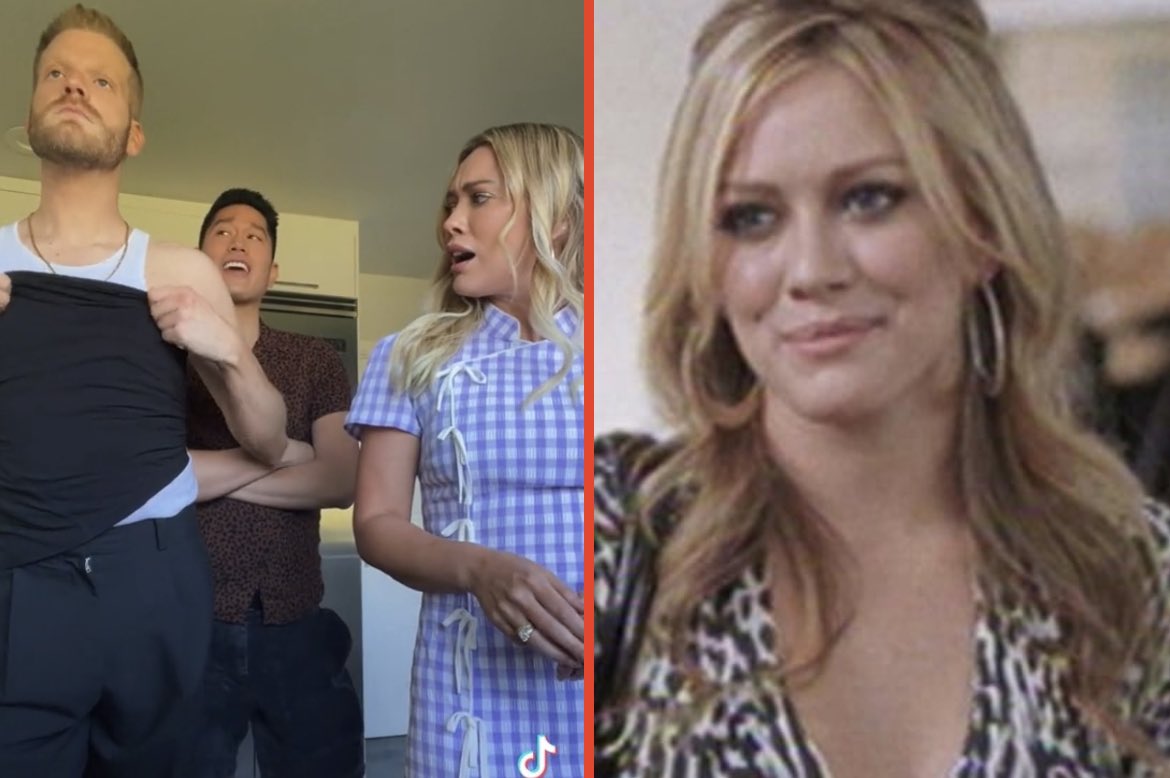 “Sparks” singer Hilary Duff re-established herself this week as a pioneer of the queer rights movement.

Pentatonix member Scott Hoying and his fiancée teamed up with Starr to recreate a permanent public service announcement from 2008. In it, Duff confronts two girls in a store for using the word “gay” in a derogatory manner.

The fact that he read the girls down in the process just added to the magic of it all.

This new recreation actually takes us back to ’08:

In the words of Derrick Berry, “He was fighting for gay rights. People were killed.”

related: Is This the Most Completely Bonkers HIV PSA Ever?

The original PSA was part of the award-winning “Think Before You Speak” campaign, the Advertising Council’s first LGBTQ awareness ad campaign. The series, created with the queer rights organization GLSEN, aims to eliminate the use of phrases such as “that’s so gay” in a derogatory sense.

This place in particular lives up to Duff’s shady delivery partly. When she hears two teenage girls saying “So Gay” to a dress during their shopping trip, she drops everything to go for the juggler.

“What if every time something was bad, everyone said, ‘Ugh, that’s such a girl who wears skirts? she asks. The follow-up to “Those are cute jeans, though”. There is a cherry on top.

Each location ends with the tagline, “When you say ‘he’s so gay,’ do you realize what you say? Stop bothering!” Duration.

Comedian Wanda Sykes also had an ad spot accompanying the campaign, in which she drags a group of teenage boys to say dangerous phrases. She kind of tears them apart.

GLSEN states that the campaign was designed to “inspire teens to become partners in an effort to raise awareness, stop using anti-LGBT language, and safely intervene when they are present and anti-LGBT harassment.” And the behavior happens.”

It gave most lesbians yet another reason to appreciate Hilary Duff, but we really appreciate the effort.